A Display Cabinet for a Holocaust Torah 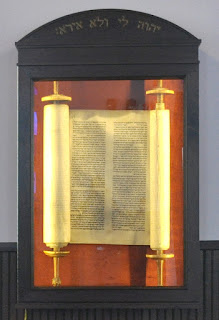 We have been working on a display cabinet for a Holocaust Torah for the
Congregation Beth El, the oldest synagogue in Vermont, founded in 1909.
it was a complicated but rewarding project.

The above photo was just a test set up on installation day.
The parchment will be rewound and level when the wiring is done
and the Torah is finally placed in the cabinet ..
The lights will be dimmer too ..

Trevor drew and carved the letters on the cnc and added a little gold paint. 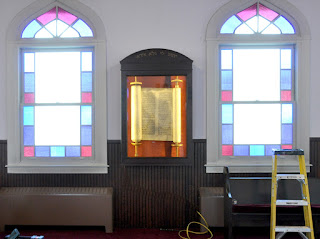 There will be a dedication ceremony sometime in the near future …
[There was] tough lighting on installation day .. I hope to get a better picture later .. 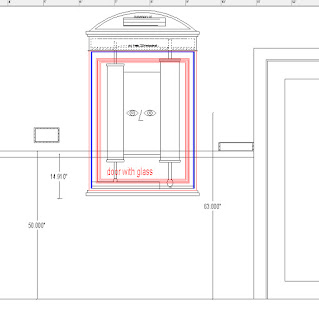 When I made the original drawing, we had planned to move a memorial plaque and
hang the cabinet in the back of the synagogue, but as we progressed,
the current location across from the entrance became more appealing
since we didn’t have to move anything. 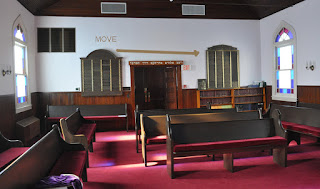 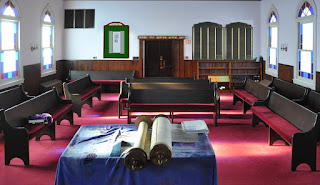 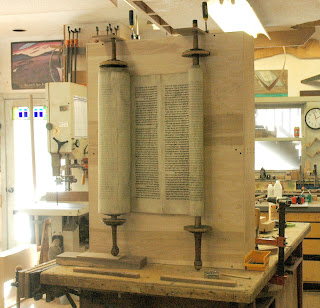 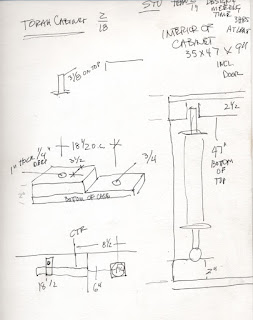 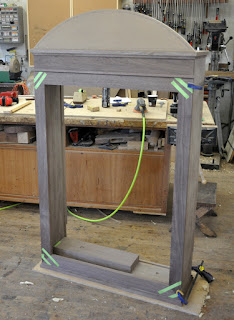 Once we had the bones of the case built, we brought the Torah
back for a test fitting to be sure we had it right. 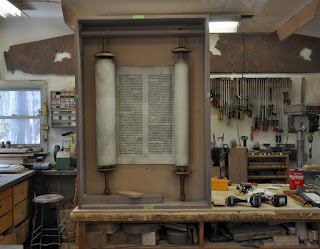 It was pretty good after one minor adjustment of
the size of one of the holes on the top of the cabinet. 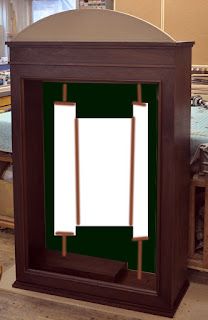 I originally saw it with green velvet,
but I had some fabric from another project that
seemed to me to be more suitable .. 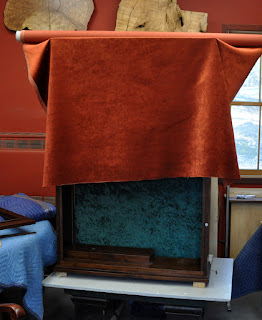 We took a vote and the beautiful orangey fabric won out 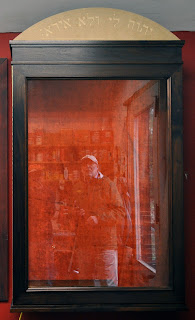 Two choices for the layout of the lettering. 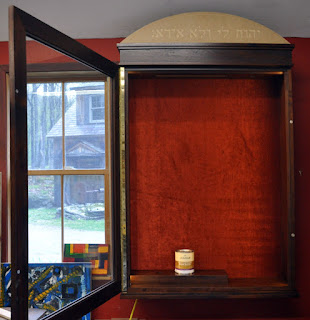 And we went with the curved letters you see
on the finished case.
[sharethis]

Traditional, Contemporary, Shaker, Mission and Modern Furniture—Custom Made in Vermont.